How do you plan a Quinceañera (traditional Latin American 15th birthday celebration) during a pandemic? Chicago based family band Marisol La Brava & A Flor de Piel was inspired by the Smithsonian’s National Museum of American History’s Girlhood -It’s Complicated online exhibit, to celebrate their daughter’s 15th birthday by recording an EP called “GIRLHOOD, it’s Complicado.” (drops August 27, 2021) Facing the challenges of throwing a typical traditional Mexican celebration to honor this transition to womanhood, they decided to produce an EP that highlights different experiences of girlhood in a Mexican American family instead.

Inspired by the moments in her daughter’s girlhood as well as her own, Marisol and Sofia attempt to define where girlhood ends and womanhood begins. The EP is a retrospective view of different times in girlhood beginning with a girl’s “Mi Primer Amor” (single, drops 7/2/21) which features Spanglish lyrics with a splash of Náhuatl (the ancient Aztec language still spoken in Mexico), the Quinceañera (single, drops 7/30/21) an event that marks the transition into womanhood in Latin American culture; and ending with Mother’s Lullaby. The songs weave a retelling of narratives in a modern context, combining traditional instruments such as the jarana (8-10-string guitar from Veracruz), vihuela (a 5-string small guitar used in mariachi music), and the “quijada de burro” (donkey jawbone), a traditional percussion instrument used in Africa and Latin America.

A Flor de Piel was founded in April 2007 by front woman, Marisol “La Brava” Ceron (vocals, jarana, zapateado, small percussion) and Grammy® and Latin Grammy®  nominee multi-instrumentalist Renato “Renatonatiuh” Ceron (harp, violin, accordion, saxophone, guitar, jarana, vihuela) along with their daughter  Sofia “La Bravita” Ceron (vocals, cajón, jarana, ukulele, guitar). Sofia grew up performing with the band live and has now become integrated as the third pillar in the trio. The group’s diverse repertoire includes both traditional music from Latin America such as cumbia, son jarocho, bolero and mariachi, woven into original compositions infused with modern influences ranging from punk rock to lofi hip hop. Its multi-generational musicians as well as the fluidity in blending a wide range of musical styles appeals to audiences of all ages and musical tastes.

Marisol “La Brava” Ceron grew up in Chicago, Illinois and attended St. Xavier University as well as the American College of Education where she attained two masters degrees and is currently a teacher and educator in Chicago. She strongly believes that education and the arts go hand in hand  “I hope to cultivate the love of education and music in future generations.” Marisol co-founded with husband Renato Ceron the band “A Flor de Piel” which later became “Marisol La Brava & A Flor de Piel.” She is the front woman of the band, composes original music, sings, plays the jarana, dances, co-directs and co-manages the band.  She is also a founding member of Embrujadas Chicago, a  collective created by women for women that creates events that feature and aim to empower women in the arts.  Marisol also cohosts a podcast with colleague Jennifer Klonsky called A Toda Madreship where they talk about issues concerning women in the arts.

Renato “Renatonatiuh” Ceron grew up in Mexico near Mexico City and in Chicago.  He began playing music professionally at the age of 18.  He holds a Liberal Arts degree from Wilbur Wright College and is currently pursuing a Bachelor of Music Business at Berklee College of Music. Renato is a professional music instructor and educator in Chicago, focusing on traditional Mexican music and mariachi. In 2007 he recorded an album Esta Tierra Es Tuya/This Land Is Your Land with the band Sones de México Ensemble, which was nominated for a Grammy® and a Latin Grammy®. Renato co-founded with wife Marisol “La Brava” Ceron the band “A Flor de Piel,” which later became “Marisol La Brava & A Flor de Piel.” Renato plays multiple instruments in the band, sings, co-directs and co-manages the band. 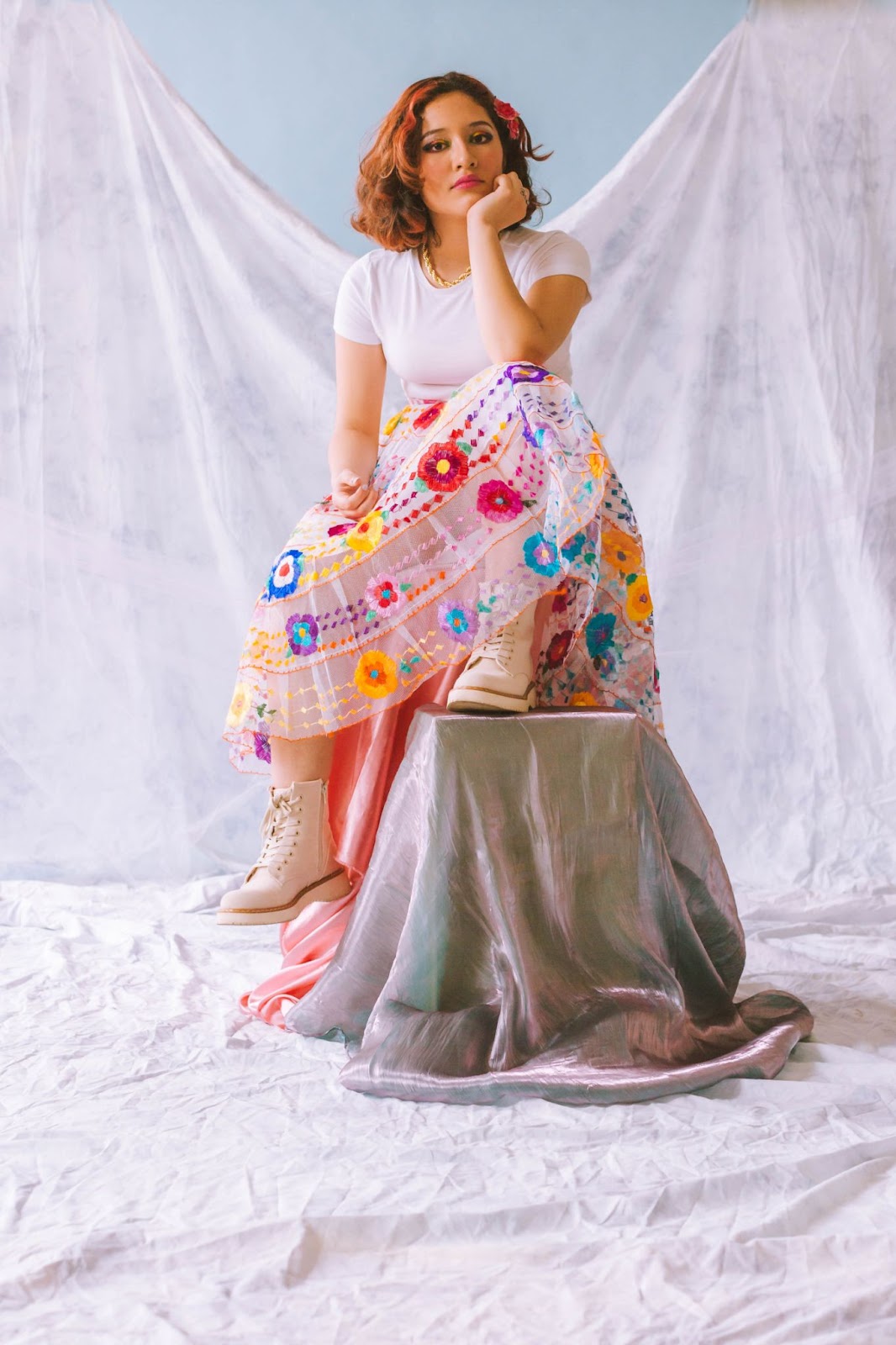 Sofia “La Bravita” Ceron was born in Chicago, IL.  She currently attends the Chicago Academy of The Arts, where her area of concentration is music.  Sofia has been a member of “Marisol La Brava & A Flor de Piel” since its inception in 2007. She plays the cajon, the jarana, the guitar and the ukulele, produces tracks, sings, raps, dances.  She participated in the UIC College Prep Student Mariachi from 2018-2020.

“This Chicago-based band has since its inception developed a musical proposal where modern sounds coexist with tradition.” -Jesús Echeverría, Vócalo Radio, Chicago

“A Flor de Piel is a Latin music band out of Chicago by way of Mexico. They are currently making noise in the Chicago Indie scene with their fun-loving music and their wonderful musicianship.” – MADNESS TO CREATION Blog

Connect with A Flor de Piel